For the past 20 years I have had a huge amount of 25/28mm Naps figures taking space around our family homes and last year I finally decided that I was not going to start them let alone finish them. I posted on this blog with a hope for a swap with any fellow wargamer who was looking to move from 15mm to 28mm Naps. I was lucky that Neil from Napoleonic Wargamer had the same idea as me and was happy to swap his AB and Battle Honours collection for my Elite and Essex collection. 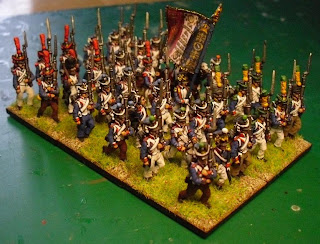 I had planned to rush through my French, not painting any buttons or edging, with very little detail work so I would have a force to fight my Prussians and Russians pretty quick but that turned out to be a piece of nonsense as I ended up trying to hit as much detail as I could. Something about spots, leopard and changing comes to mind.

Neil had given me a good start with around 14 of the figures being base coated already plus some flesh and a fair bit of detail was present in some so I managed to put them into my own style pretty easily. 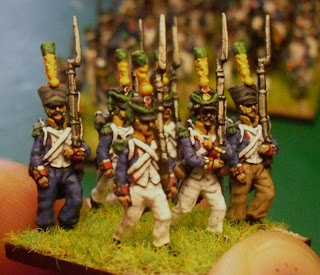 The hardest part was deciding on the shades of grey so the white belts didn't look to harsh or not strong enough. I ended up with my old trust codex grey for the belts with a highlight of a lighter grey before the white on the trousers. 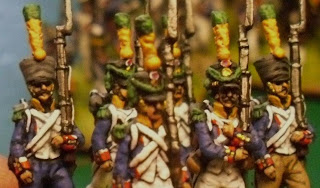 Anyway I am pretty happy how they are turning out. I stupidly messed up the flag. I glued the eagle the wrong way round and had to try and turn it! Total killer!!! Beautiful flags from the 1812 set of Flags for the Lads (I like their French Flags a lot!)

Any mistakes with pom poms or wings for the drummers etc feel free to point them out. I haven't looked at French for a very long time and probably missed a lot of detail. I got a little confused with the command group, I take it the eagle guard is a grenadier figure?
Posted by Paulalba at 17:07 25 comments:

At the turn of the month Mai and I managed a little weekend away with our family. David spotted a campsite (mostly wigwams) online last year and we were keen to try it out. Just before we left Mai and I picked up our new car a wee Suzuki Alto (my 1st new car). 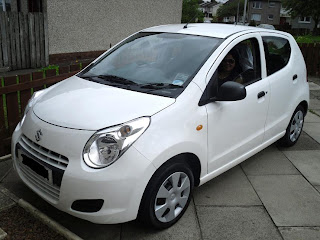 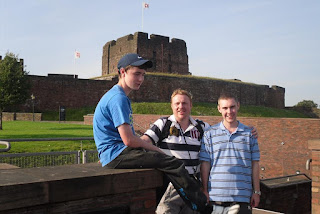 Me with the shugs outside Carlisle castle (Ian left, me centre and young David right) 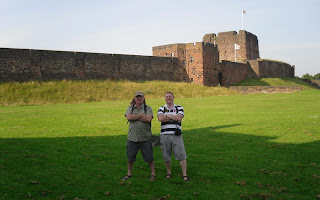 David with his WW2 Japanese infantry hat (nae it's from regatta). 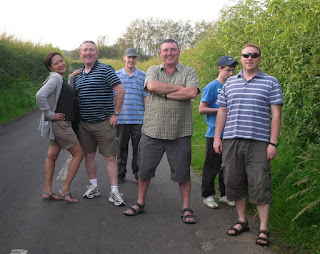 Most of the Motley crew, Mina P, Jim P (my oldest bro), David P Jnr, David P Snr (David started all this modelling/wagaming/figure painting stuff off! sometimes I wonder if David hadn't painted wee figures from childhood would I have started at all? All I was interested in as a kid was playing football and it was only sitting around looking over his shoulder as he painted his 15mm French Minifigs that I took an interest in toy soldiers,) plus Ian and me. 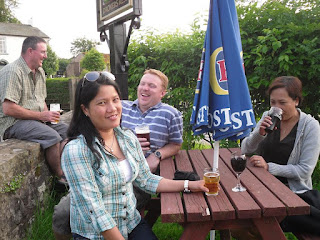 Mai having her 1st drink of the night (a big event as Mai is usually smashed after 2 glasses of wine!!! Seriously!!!!) 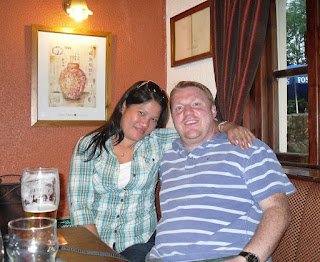 I seem to have grown an extra chin lately. 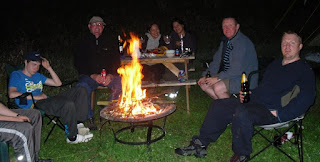 It seems our camera is great at catching pictures at night nad especially flames. 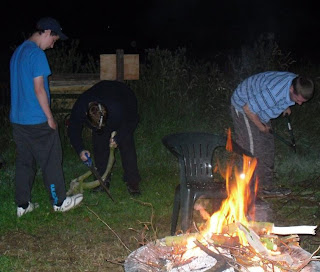 Me and the boys keeping the home fires burning. 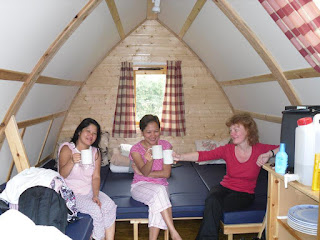 This is the luxury the girls had to sleep in. 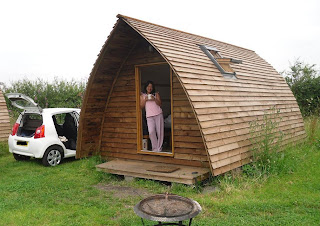 Us guys were in a large tent. I had a camp bed and I kept my mouth shut as it was excellent. the Davids had an air bed that seemed to go flat each night. Jim, well Jim is ex army of 22 years and can lay down just about anywhere and get a good nights sleep (he had our new airbed and when I vaulted over him around 7.30am to go for a shower he looked like a little baby deer all snuggled up ;-)
Posted by Paulalba at 14:26 9 comments:

I stopped over at my brother David's house before we set off for Claymore in Edinburgh and as well as the figures from my previous post I managed to take a few pics of David's growing 28mm French force. 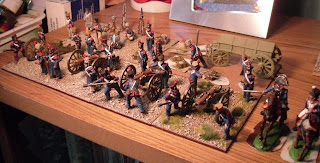 As I've mentioned before, this is a bit of a change for David as I had stacks and stacks of 25/28mm Naps up until last year and he didn't ever fancy touching them. After trying out 28mm ACW figures with Army Painter and also seeing the cracking figures over on the Saxon Dog blog David finally convinced himself to have a go at a few figures. 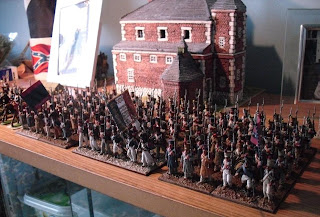 I think they have turned out brilliant!!! Young David started off a few of the Artillery crew but pretty much all the figures you see here have been painted by David Snr. As you can see they are not 100% finished as yet. 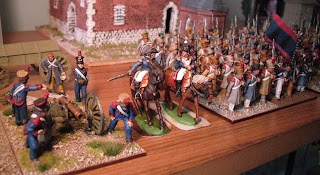 At each show David has been slowly adding to his collection. The last lot being a caission and artillery helpers. 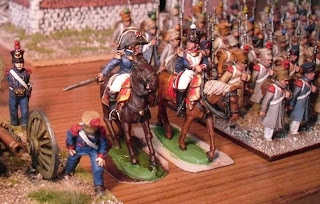 I would say my favourites are the artillery figures but all the figures look great to me. It goes without saying I will have to in time paint up some Perry Prussians (and hopefully Russians) to fight them!!!

Again the pics were taken on the Saturday morning with the light streaming through David's patio doors but you can see the figures pretty well.
Posted by Paulalba at 10:43 15 comments:

Well I have nothing to show myself at the moment (almost finished an AB French line battalion) although my young nephew David has been working his way through two 15mm French Guard battalions, 1 AB and 1 Old Glory (Sorry about the crappy pics) 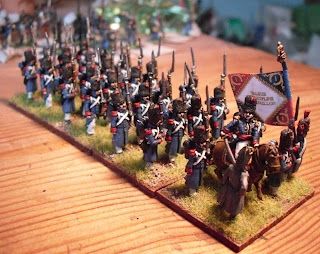 The mounted officer if anyone is interested is an extra Ney figure we had that I converted with some miliput. The Davids have 2 AB chasseur battalions that I gave them as a Christmas present a couple of years ago and this is the 1st finished (flag are from Flags for the Lads)
Posted by Paulalba at 11:35 18 comments: