This is just for fun.
Knowing that winter is just around the corner I picked up a cool hat and gloves set for Mai and by chance Mai had ordered up some new boots.

Throw in an old winter jacket and as if by magic Mai is transformed into a WW2 fighter pilot. 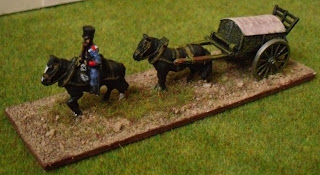 Right back to the Naps.
I have again been far to busy with work (taking all sorts of shifts to get our saving back on track). These were originally my own figures but I passed them (as well as some other stuff) to my buddy JP for some help provided and also for being a thoroughly nice bloke. I think he has made a great job of them! 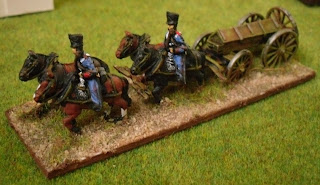 I mentioned it before but I really like the Napoleonic eye candy.

I picked up 2 lots of 15mm Prussians off ebay at very good prices recently.
You know the kind of lots, not so good photo's, you think some of the figs are AB so you watch to see if the price is right. Well I won cavalry and infantry/artillery for a good price and it turned out a nice deal as the cavalry had a 24 man AB regiment (that I was counting on) as well as a bonus AB lancer regiment (26) and 16 fantassin hussars and a small mountain of other makes. The second lot were AB artillery and just short of 2 battalions of fantassin Prussians with again a good few other makes. I took a mad turn and cleaned up the Fantassin infantry adding in some AB figures to make 2 battalions of the Colberg regimen. They are almost finished as I JP style machine gun painted them and they are not looking too bad.

Also the loft is now complete with electrics and woodwork so all I have to do is finish painting it and put a carpet down, pick up a chair from Ikea and I hopefully will be ready for some serious painting!!!
Posted by Paulalba at 14:06 7 comments:

Today I was able to make it down to the club and the guys put on a pretty big Naps game (battle report to come). I managed to take some pics of my brother Davids growing collection. Sorry for the qualtiy of pics. 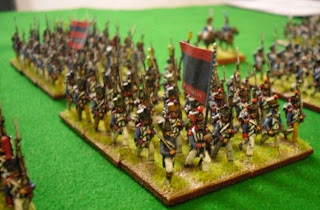 Neil if you are reading this buddy most of these marching dudes are the BH figures you sent up with a few AB command added in. They have helped David fill out his French battalions, so many thanks!!! 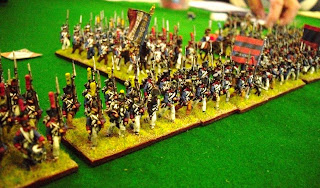 Flags are from "Flags for the Lads" French 1812 range and are brilliant. 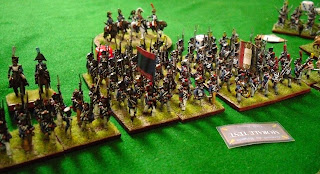 You can see the guard command base in the background still needign to have the flag/fanion fitted. Filling in as line command for the day.
Posted by Paulalba at 16:29 15 comments: